As part of our commitment to excellent customer service, we have put together answers to the questions most often asked by our customers. If you do not see your question or answer below, please use the form at the bottom of the page to ask our customer service any specific product questions you may have.

Can you produce jewellery with trademark/copyright names and Logos?

We can produce a wide range of jewellery, however, Madewear cannot use many names and logos of companies, schools, organizations, etc. that are trademarked and/or copyrighted without permission from the owner of those names and logos. If we get a request to make a jewellery that displays a name or logo that is trademarked and or copyrighted, we will request that the customer making the request obtain written permission from the owner of the trademark/copyright to do so. The customer is also responsible to pay for any fees associated with the use of the name and or logo.

Also, by sending Madewear your artwork, you agree that you own title and rights to this art for reproduction. You will be liable for any copyright infringement. You also authorise that all art created, for manufacturing purposes, will remain property of Madewear.

What metal options do you offer?

Platinum is the rarest and most expensive of the popular precious metals. It is much rarer than gold.

Madewear offers solid gold in 3 colours and 3 karat qualities for all ring styles:
»  Yellow Gold – Because of its durability and lasting value over time, gold is a wise investment.
»  White Gold – Has the same lasting qualities and value as yellow gold, but different metal.
»  Rose Gold – This is made from a gold and copper alloy. Since copper has a bold pinkish-orange colour, adding this alloy to gold gives the gold a beautiful reddish gold colour.

What is the purity of your Gold Jewellery?

What is 925 sterling silver?

Sterling silver is an alloy of silver that consists of 92.5% pure silver and 7.5% of other metal, usually copper. Alloying with copper maintains the silvery colour of the metal, while increasing its strength. In order to be called sterling silver, the metal must possess at least 92.5% pure silver, however, the other components can vary.

The finest simulated and natural stones are available to accent your ring.

Garnet, the birthstone of January, is mined in a rainbow of colours. From the fiery orange of Mandarin Garnet to the rich green of Tsavorite Garnet and to the most widely recognized colour of Pyrope Garnet, it is considered a great gift to symbolize friendship and trust.

Amethyst, the birthstone of February, is a variety of Quartz that carries a spectacular purple colour that ranges from a blend of deep violet and red to a lighter lilac hue. Ancient Greeks believed that the stone protected the wearer from drunkenness and enabled them to keep a balanced mindset.

Aquamarine, the birthstone of March, has a rich colour and has long been a symbol of youth, health and hope. Its mesmerizing colour ranges from pale to deep blue and are reminiscent of the sea. A perfect birthstone for March, the Aquamarine creates a beautiful accent to spring and summer wardrobes.

Diamonds, the birthstone of April, are commonly associated with love which make it the perfect gift for a loved one. While white diamonds are most common, fancy coloured diamonds can be found in various colours including yellow, blue, pink and a variety of others as well.

Emerald, the birthstone of May, carries the rich green colour of Spring and radiates a beautiful vivid tone. They are considered to be a symbol of rebirth and love. Emeralds are the rarest gemstones and are typically mined in Colombia, Brazil, Afghanistan and Zambia.

June birthdays claim two birthstones; pearl and Alexandrite. Pearls have been wildly popular in jewellery for centuries because of their natural beauty. Alexandrite gemstones are extremely rare and desirable since they change colour based on the lighting.

Rubies, the birthstone of July, are considered the king of gems and represent love, health and wisdom. It was believed wearing a fine red Ruby bestowed good fortune on its owner. A Ruby is the most valuable gemstone and its value increases based on its colour and quality.

Peridot, the birthstone of August, carries a lime green colour and is one of only a few gemstones that exists in only one colour. Peridot is believed to instill power and influence as well as bring the wearer magical powers and properties that protect against nightmares.

Sapphire, the birthstone of September, is most desired in its pure, rich blue colour but is present in almost every colour including pink, yellow and green. In the Middle Ages the gem was believed to protect those close to you from harm and also represented loyalty and trust.

October also has two birthstones; Tourmaline and Opal. Tourmaline is a favourite gemstone for many because it’s available in a rainbow of beautiful colours. Opal gemstones are truly unique because each individual gem is adorned with a one-of-a-kind colour combination.

November birthdays are associated with two gems; Citrine and Topaz. The warm colour of Citrine is said to be a gift from the sun and it’s believed to be a healing gemstone. Topaz is most desired in its rich orange Imperial Topaz colour but it is found in a variety of rich colours like blue, pink and yellow.

December birthdays have claim to three gemstones; Zircon, Tanzanite and Turquoise. Each of these gemstones carries a unique blue tone making it a perfect birthstone for Minnesota’s frigid December winters. Zircon can be found in a variety of colours, but

What metal finish options do your offer? 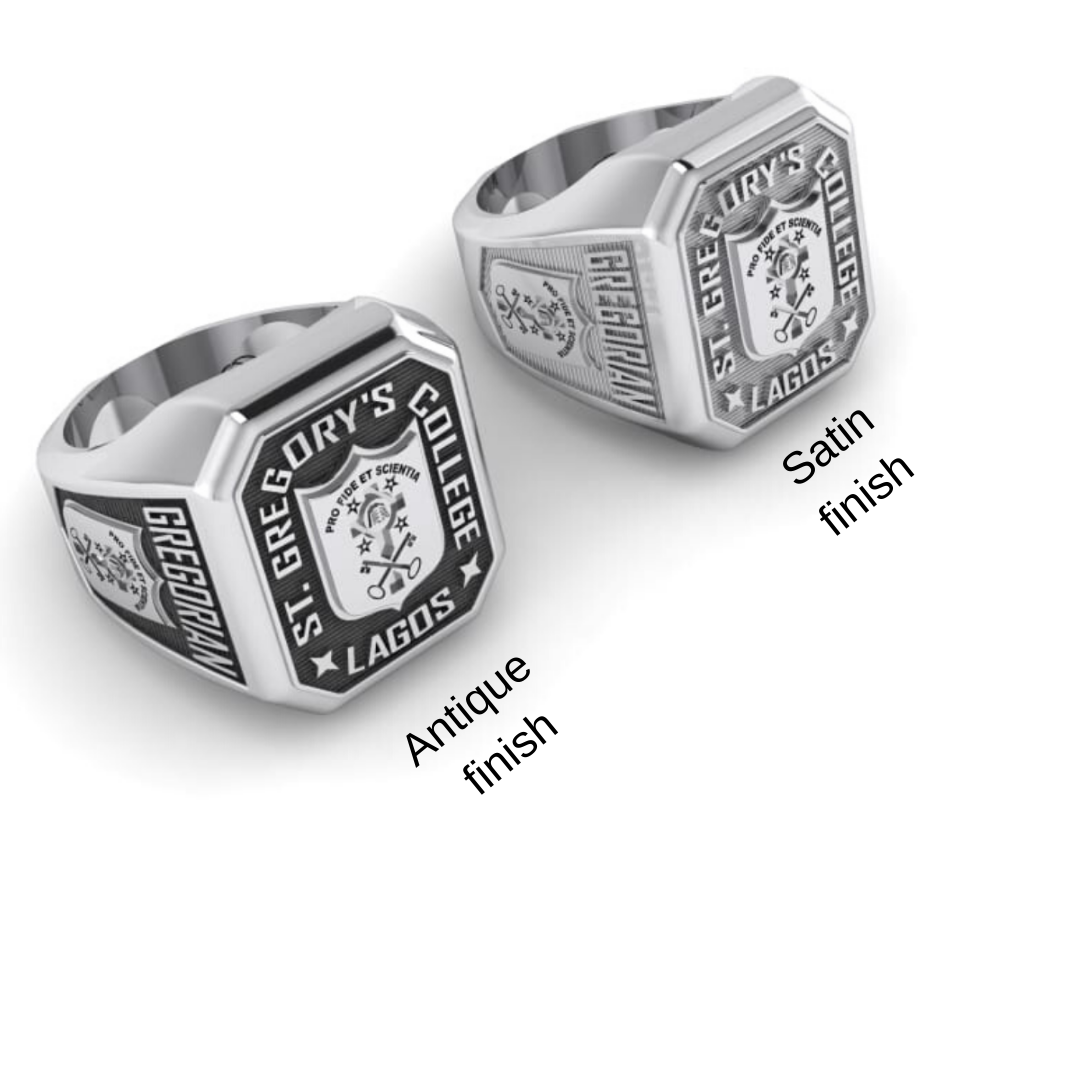 Do you offer jewellery engraving option?

You can further personalise your ring by having either your initials or full name added to the inside of your ring. Madewear reserves the right to refuse any and all orders containing offensive or inappropriate language as determined by Madewear.

How do I make payment?

You can pay for your item on our website, through bank transfer, paypal, cheque or cash.

What credit cards do you accept?

How do I get my ring size?

There are several ways to find your ring size:

Is there a difference between men's and women's ring sizes?

No, there is no difference between both.

Do all countries use the same ring size scale?

I don't like the stones anymore. What are my options?

You can check with us to find out what stone options and colours are available for your ring design. There is a fee for simulated stone changes. Please contact us for any simulated or semi-precious stone replacement.

I need a special emblem made. Is this possible?

Do I need to pay a deposit for a custom jewellery order?

Yes. We require a 70% down payment before we begin the production of your jewellery, then the remainder is paid just before the jewellery is sent out to you. If you are on an installment payment plan, we require a 50% initial deposit.

Except we have agreed an installment payment with the customer, the first payment is the jewellery production payment. this is an initial minimum deposit of 70% of the total cost of the jewellery, or you can decide to make a full payment.

My ring stone fell out, what can I do?

Please visit our **REPAIRS AND WARRANTY PAGE** and fill out the form.